I was sorting through some old images and ran across this one. Looks like it’s from a little over two years ago, so I’d guess he’s about two and a half now. Doesn’t he look harmless?

He’s not a puppy anymore, though he’s still just as ornery. Today he was digging up mole runs. The moles must have been busy under the snow, because there are a bunch of hills and runs around. He’ll probably have this whole area dug up in a couple days. Don’t mind, as long as he gets them. 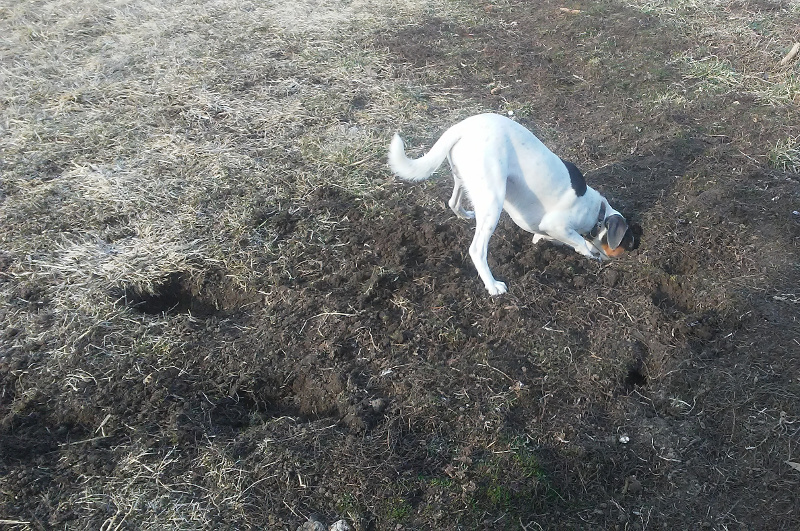 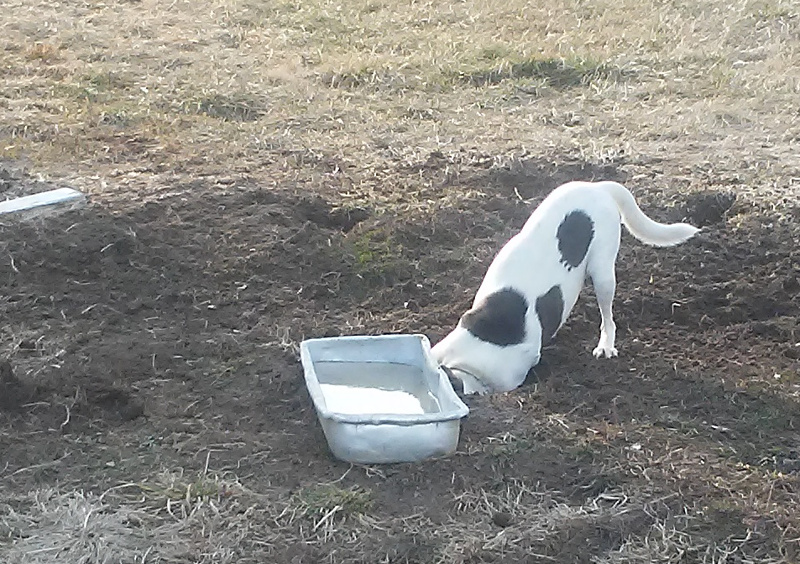 This is just fun, and well made, with a great song. And I learned something: when it sounds like they’re saying “Bruce” and the video has fun with all the Bruces, it’s actually a made-up word, “Grooss.” Whaddaya know.